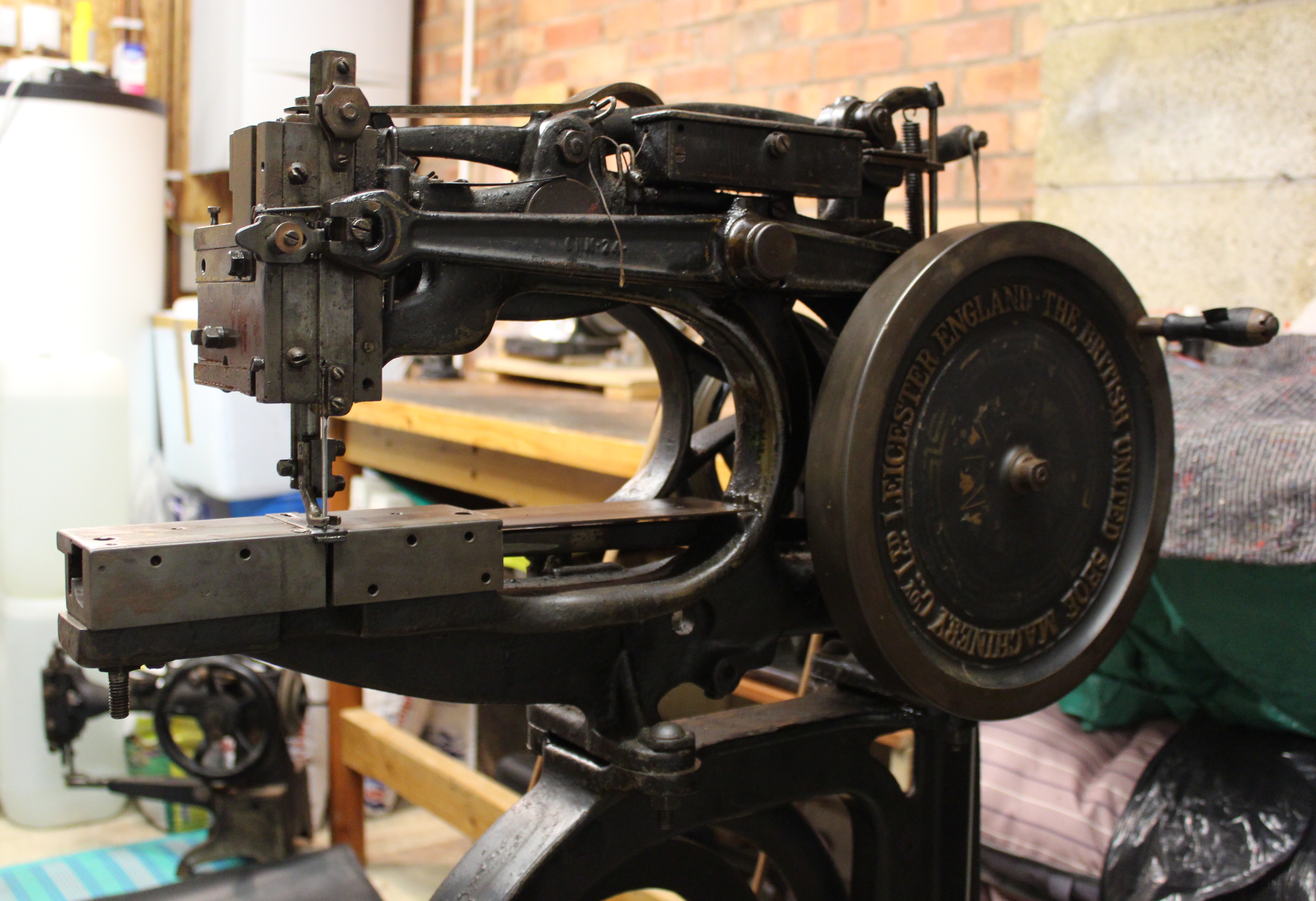 While training towards qualification as a saddler, I was on the lookout for a sewing machine. Not just any sewing machine but the cast iron No 6 Harness Machine made by The British United Shoe Machinery Company. The No 6 is widely regarded as the best sewing machine ever made. They can be turned by hand, foot or converted to electricity. I was lucky enough to be pointed in the direction of one which seemed a reasonable price although it did need some work. The saddler who sold it to me had not used it but he had bought it from a harness maker.

8 years later, when I became freelance, I finally had the time and space to set my No 6 up and see what work needed doing to it. The first job was to give it a thorough clean as it was covered in a layer of hardened black wax, used by the harness makers as a liquid to coat the thread. In fact the No 6 has a built on reservoir for just this purpose, mine is still partly filled with wax.

After a good clean, I could see what was amiss apart from the obvious issues which were the foot lifter pedal was missing the connecter, the wooden handle had split and fallen off and the leather belt was missing. So after purchasing the wire for the foot lifter connecter, gluing the wooden handle back on and stitching a belt on I was ready to try stitching with it for the first time.

The bobbin winder included with the machine was also missing not just the wooden handle but the metal bolt too so to wind the bobbin is a little tricky but I managed it. Threading the top thread onto the machine was straight forward as the previous harness maker’s thread was still present. A quick change of needle for a nice new sharp one and we were ready to go.

The first few stitches were rather large, so I tried the usual method of altering the stitch length but it made no difference. After a bit on pondering and watching the machine turn over from all sides, I saw the issue. The stitch length is actually changed via two separate screws that meet which allows the needle to move the correct distance for the desired stitch length. Back to the drawing board, I managed to loosen the safety screw and the main adjustment screw, always touch and go because metal of this age can very easily just give way and break. Luckily the metal held and I was able to adjust it through a bit of trial and error to a stitch size suitable for the main job it will be used for, stitching on rubber grips to reins.

Another No 6 ready for the next 100 years of hard work!